Kästle is looking to be a full line manufacturer, and to do that you need a boot line. When Kästle re-emerged as a ski brand in the mid 2000's, they started at the top of the ski performance range and therefore set a new standard. I was able to preview their new K130P performance, consumer non-race boot last spring, and you can read my preview of the boot HERE. In this article, we will be talking about the K120P, the boot that will be in my long-term boot review rotation.

Kästle has chosen to take a new twist to the consumer high performance boot offerings by immediately bringing a strong contender to the market with their new Performance “P” collection. This line sits below their full World Cup race collection which includes 130R and 150R flex boots. The first impressions I had last spring are still the key aspects of the boot that stand out today. As I mentioned from my initial preview, the boot I skied last year was a 26.5, and while that is my measured size, I will ski in a 25.5 and usually a 96-98mm last. Last year's 26.5 liner fit well, but my chosen size of 25.5 fits like a glove.

Inside the shell
I believe most boot reviews do not concentrate on the liner as much as they could or should, and the liner is where I think Kästle has put more attention than most manufacturers. The Kästle Performance+ liner has a removable tongue which adds the ability to place the tongue best to match the instep. The neoprene toe box area extends farther back than most, allowing both a snugness and movability for the toes. The liner can be laced up fully or partially, so it can be left in the shell and be used as a traditional slip in, buckle up and go liner. The double horseshoe K-Fit pad is a very clever design that helps create custom ankle pockets and actually will connect to the laces for an additional level of snugness. I am sure there was a consideration to make the medial and lateral c’s independent, but Kastle’s boot designers decided to connect them across the back. I imagine this was to make sure they stay snug, but the material on the back could be thinner, because it tends to pressure the achilles some and push the foot slightly forward. This can be addressed pretty easily with some time with a qualified boot fitter using a Scott Press. More on that later.


Kastle boot preview​
The shell
The stance of the Kästle differs from a lot of brands with a more neutral +/- 2* ramp, whereas most boots out there are around 4*ish. The buckles are a nice flat design. The K_Release lower buckles work quite well, and all of the buckles and cuff attachments are connected with Torx screws. 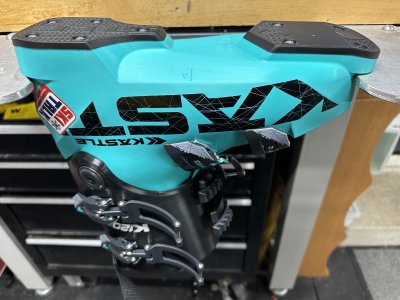 Fit and performance on snow
We know all 100 mm widths and 120 flexes are not created equal. The Kästle K120P not only skied and fit narrower than some 97-98mm boots that I have been in, but the 120 flex is definitely on the stiffer side, closer to many brands' 130 boots, and even some consumer 140's.

My Kästle K120P’s maiden voyage was on one of the worst days I could, 4 feet of heavy new snow with little or no visibility. These are conditions that you don’t so much ski, but survive. I admit, I did fight the new boot some, but no more or less than the first day in almost every new boot I have skied. But, we agreed more than we didn’t, and by the end of the day we started to become friends. The second day also offered challenging conditions, as did the third and fourth. But even in these variable conditions we became more compatible, and I expect the K120P to be a core part of my boot rotation for this coming season.

Within the first couple of days, I did make some personalization to the boot. I had to stretch the neoprene portion of the liner a bit, and after a day two, I moved the cuff ladders over to adjust to my skinny legs. I also replaced the standard cuff strap with the Atomic Redster Professional Dual Strap.

A boot fitter's perspective
Now, I'm going to put my boot fitter hat on. For a completely ground up new boot, I will give Kastle a solid B+. The only things that stopped them from receiving an A are things that are missed by many brands. Maybe these aren't important to the mass majority, but when working with a high end boot sold by specialty boot shops, these shortcomings should not have been missed. The spine screws were too long, which is not an issue if leaving the liner in the shell, but when you have the option of setting up the liner as a lace up, it will start tearing up the heel of the liner. This quirk can be easily remedied in about 15 minutes by grinding down the screws, but honestly it should be right to begin with. 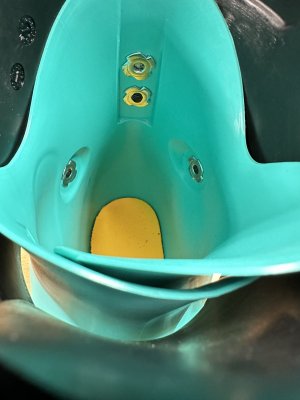 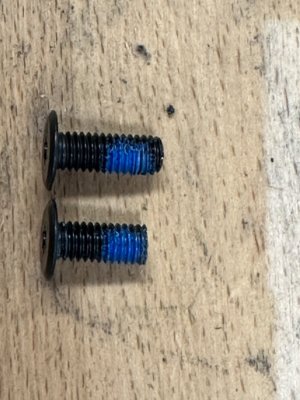 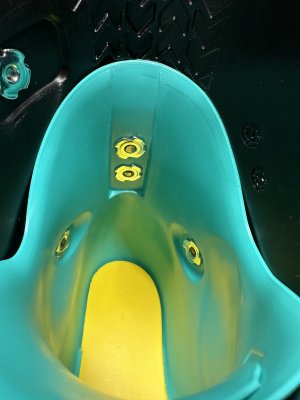 1/20/23 Edit: While I was attending a recent trade show, I checked out other Kastle boots and none had this spine screw issue. Either there was a running change or mine we an isolated case. Either way your boots should be checked​
It is great that Kästle incudes both DIN and Gripwalk soles, but the integration of the soles leaves something to be desired, and at the time of this writing, there is no availability of canting shims. Worse, the design is not conducive to adding them. Also, the hollow toe and heel lugs limit the ability to deal with extreme cases of fitting like leg length discrepancies. While this might be picking nits, there is no reason at this performance level to not have this ability. 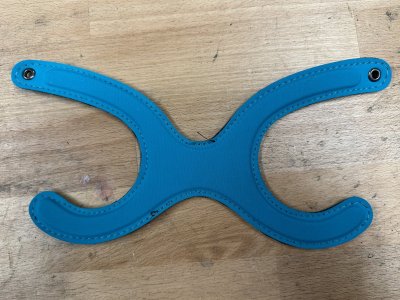 K_Fit Band​
I think the liner design is also one of the best first year designs and very well built. I really like the K-Fit double C band that helps with heel control. Note, I said like, not love. Most skiers who will be in one of these new Kästles are performance skiers that expect a performance fit. As I previously mentioned, I measure a 26.5 but ski in a 25.5, and the statement "A millimeter is a mile" rings loud and true here. The K_Fit band is just thick enough in the connecting part to push my foot forward enough to pressure my toes and create additional pressure on my achilles. Again, any competent fitter can address this by either cutting that center connecting band out or heating and compressing it. If I was asked, and I wasn't, this center section could have been either an elastic or mesh and this would have accomplished two things. It would remove a few millimeters and also allow easier adjustment of the medial and lateral side of the ankle when there are different tibia and fibula heights.

Again, these are complete nits that I am picking, but it is what can separate a very very good boot, which is what the Kästle is, from a great boot.

Overall the Kästle K120P is a really good boot for a first year design, and while it might not be a grand slam, it is a solid three run homer. Since you will only find the boot in the best ski shops who also tend to have some of the best boot fitters, you will be pretty much guaranteed to get a world class fit.
Reactions: JChockey22, Pat AKA mustski, Tony S and 3 others
About author