Philpug: Could the all-new ZX108 be the deal of the 2021 season? At $749, I believe it is in the conversation. I talked to many ski shop owners and buyers who are actually unhappy with the pricing of the ZX. They all feel the ski should cost more, and I have to agree. The ZX108 might not warrant a comma in the price, but it really should be at least a $995 ski. Well, it's not, so what does that mean? It means that as a consumer, you are getting a 25% discount right out of the box.

The ZX108 is very similar to the old BMX skis but with a more modern shape. I was really hoping to spend more time on these back in the spring, but with the season being cut short, I was limited. What time I did get on them, I was impressed. This is a bargain-priced Kästle that does indeed ski at about its price point.


Insider tip: This ski was born and bred in Jackson Hole. When someone asks what you paid for your Kästles, just reply, “If I told you, you wouldn’t believe me” and leave it at that.​
​
Drahtguy Kevin: Wanna dance? This new model is like no other I’ve been on. "Playful" is a word not often used to describe Kästle, but it works here. You still get a stable, smooth ride with a softer tip and flex. It absolutely snakes through moguls, trees, and other tight spots with ease. Tight, medium, and long turns are at the user’s beck and call. Soft crud and powder are favored conditions for the ZX, but not the only snow it excels in. And at well under a grand, this ski won’t break the bank.


Insider tip: This Kästle without a comma in the price is the real deal.​

Who is it for?
Value seekers. Want a One Oh Something that can handle the entire mountain? Look no further.

Who is it not for?
Groomer-only folks will miss the point. 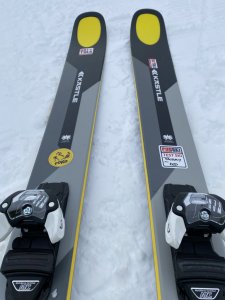 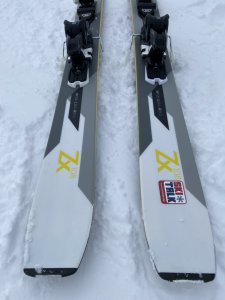 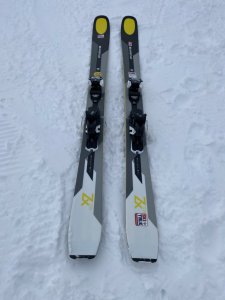 ​
Long Term Update: We finally got some conditions in Tahoe that I could spend more time on our wider options. Today I was able to get on the all new Kästle ZX108. Unfortunately, ZX drew the short straw and was left with sloppy seconds after I started the day on the Rossi Black Ops Sender Ti. The ZX was unable to be appreciated in the best of the great early season conditions today but made the most of the hand it was dealt.

As the morning went on, I was able to find some nice stashes for this all new bargain priced Kästle to show it's strengths as @Drahtguy Kevin said in his initial review that the new ZX108 is playful and it surely is. In the cut up snow on the sides of the trail and in the late morning stashes, the Kästle performed just as I would have expected a ski with it's DNA. The ZX 108 does not pretend to be a MX ...or even a FX but it is its own ski and with that it has it's own personality, light, playful and modern. Question, "How do you say "Dude, lets go shred" with a thick Austrian accent with a Czech dialect?
If you want SkiTalk.com stickers, send me a PM.​

"bargain priced Kästle"........three words I thought I would never see used together.

Is the sub-$1,000 price point a result of economies of scale from the Sporten acquisition?

wallyk said:
Is the sub-$1,000 price point a result of economies of scale from the Sporten acquisition?
Click to expand...

I an sure that is part if it but remember, the first generation of Kästle BMX's were also sub $1K and those were built by Elan.
If you want SkiTalk.com stickers, send me a PM.​
You must log in or register to reply here.
Share:
Facebook Twitter Reddit Pinterest Tumblr WhatsApp Email Link