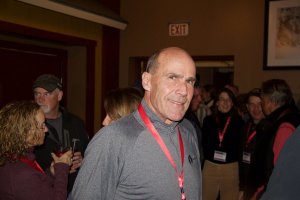 The ski industry lost a legend in U.S. Ski & Snowboard Hall of Fame inductee, @Bob Salerno. Bob was not only an innovator in freestyle skiing, he was a great coach, a mentor and friend to Tricia and myself. We were introduced to Bob in Aspen in 2016 when he was getting inducted into the Hall of Fame from then on when ever we made trips to Utah we made sure we reached to Bob and checked in, if Bob was not in Southern California at his Virtual Snow he made sure he made time to ski with us.

Check out "All Things The Ski" for some additional pictures of Bob. He was one of the poster boys for Bobbie Burns. We will miss out time skiing with Bob and just shooting the breeze talking about skiing, freestyle and just laughing at jokes. Bob's infectious dry wit will be what I remember most about him. 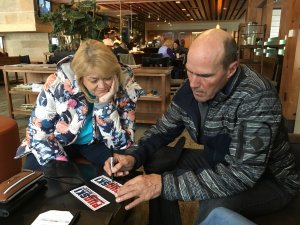 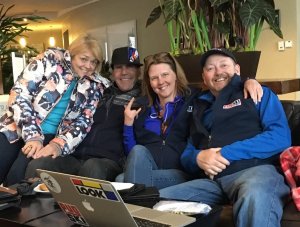 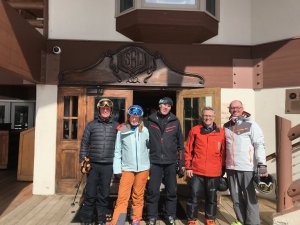 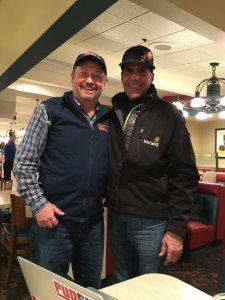 Winter Equinox Trailer
​
My favorite part of the movie is when Bob is at the start and you hear Bob talking...(paraphrasing) "Now, we have to hit that bump there and get some air..." Someone asks, "Who are talking to?" Bob says, "My skis"
If you want SkiTalk.com stickers, send me a PM.​ 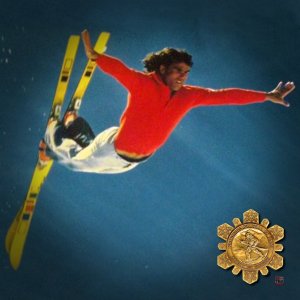 RIP Bob. He lead the way to all the fun in so many freestyle parks today.

Sorry to see this. One of the pioneers of Freestyle, Hot Dog skiing at the time. Definitely one of the leaders in our sport that I looked up to. I'm pretty shocked as I know he's remained very active and engaged in skiing. RIP, Bob.
D

RIP , Bob. The first time was my son was on skis was on Bobs deck in Santa Monica... we spoke a bit , mostly about Bobbiy Burns.
Nice guy. RIP. 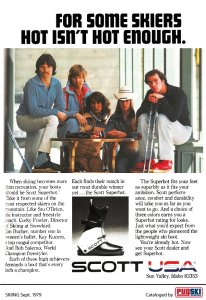 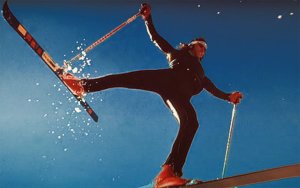 I only met Bob briefly a couple of times at Snowbasin but we have some mutual friends who have been shocked by his sudden passing. Thoughts to all those who knew him.
RIP Bad Bob !
Last edited: May 28, 2021
A picture is worth a 1000 words.

I didn't realize you were so close. My condolences, am sorry for your loss. He was too young to go.

Sorry you lost a close friend Phil & Trish! My condolences go out to you!

I saw Bob skiing at Snowbasin this past season and had a nice chat with him. Such a nice genuine person. A legend.

I was on a trip to San Diego when I heard the news and I was processing it as I drove home, in tears.
I only met Bob less than 6 years ago but have spent some quality time with him.
The first time I met him in person we asked him if he wanted to meet for drinks. He said, "Lets meet at Dee's. Dee's has good pie and I'm in the mood for pie."
IIRC he had coconut cream.
We had many great chats after that first meet up, including his introduction of his twin sister to us, and some of his other friends who have become close friends to me(us).

Later, long after he was a member of the hall of fame I was asked if I could pick him up at the Reno airport to bring him to the Squaw Valley Hall of Fame induction where others were being inducted. I jumped at the chance to chauffer my friend, Bob.
He was re-habing from a hip replacement at the time so I helped him get to check in and take his luggage to the room.
We bumped into a friend and I introduced him as "Bob Salerno, Honored member of the US ski and Snowboard Hall of fame."
He asked me, "Why did you say that? It makes me sound so important."
I said, "Bob, you are important!"

I've had a lot going on this week and have taken some time to process, but I'm typing this while sobbing like a baby. He truly touched my heart with his kindness, humble nature and dry sense of humor.

Now I'm in the mood for coconut cream pie.
Bob, you left some pretty cool ski tracks on my heart.

Side note:
When @Bad Bob joined the site, Phil thought it was Bob Salerno so we reached out to him.
Last edited: May 29, 2021
Point your skis where you want to go.
If that doesn't work, go where they're pointed.
Bob Barnes
​
Thread Starter
TS

Here is a great tribute from SIN, Snow Industry News.

www.snowindustrynews.com
If you want SkiTalk.com stickers, send me a PM.​

Bob's twin sister Becki has set up a gofundme to assist Bob's son in wrapping up his business with Virtual Snow and pay for celebration of life expenses. 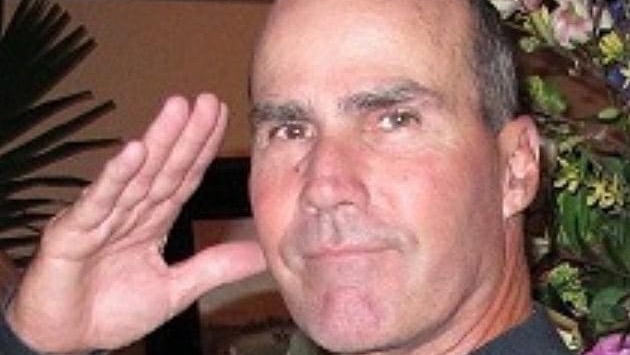 Update: A $1,000 received from an anonymous donor. Thank you so much!!! You are a… Becki Hughes needs your support for Bad Bob Salerno Celebration and Burial