Yo Momma said:
Interesting! I also was one of the very few that could not bond w/ the Enforcers. Not sure why. I tried different widths and none of them felt right. It's a great ski, just not my cup of tea.

For me, I compliment the Mantras w/ my Bones (5 sets used in diff yrs all in 180). I like the feel of both. They have a different feel and I like changing my technique to adapt to their strengths. The Mantras have always seemed to require a bit more precision as compared to the Bones. The M6's seem to know and more precisely, expect what I want them to do, before I execute the input. Volkl is on to "Something" here. I've never felt this before in the hundreds of skis I've had the pleasure of riding. Their design has changed the game of "Ski Feel". It's almost eerie how intuitive the M6 is. I'm waiting for the newness factor to wear off and get a few nicks, scratches and gouges in them so I can re-evaluate w/o the "shiny new toy" perspective.

So far, whatever IT is about the construction of this ski... that intuitive connection links back up every time like a "wearable accessory" that you somehow plug into your neural network.

Lean fwd, back, center... do the same switch...pop, hop, drive or charge in low gear or high gear and the ski responds like it's part of your body.... weird but in an exciting way.

One more thing...... nothing I've been on below race stock even comes close to touching the older Bones as far as stability at speed. The Older Bones nailed the speed thing hands down. As I've said before when I think I'm nearing top speed, the older Bones look up at me and say, "Poser! Is that all you got!?!? LAME! Let's GO!" I'm curious about the Bonafide 97's but I'm much to old to be going that fast anymore!

Yo Momma,
that's a fun name to write..
I skied the new m6 today at the mammoth demo, it wasn't on my list, but I had to try it anyway as the new kendo and Mantra 102 were so dang good!
All 3 had the best tunes of the day, and I'm wondering if that is part of the magic you are bonding with on the M6?
Volkl spend 6million bucks on new factory tuning machines, and it shows!
Great ski, I owned the M5 and last Kendo, and the new ones are much better skis and have much better tunes as well.
3 d sidecut mixed with lighter tip and perfect tune is money.

Ratbastrd, that's interesting to write as well,
Mammoth snow is just like Tahoe right now, and my same comments hold true. m6 was great today on the glazed areas, I only went into the wipeout chutes off chair 23 once today, and I chose to on the m6 as it was solid and predicable, even after only having 1 run on it.
Cheers!
W
Thread Starter
TS

I finally found a weakness in the M6! Almost want to say YAY but the weak point is related to my choice to go w/ a short 177. Yesterday in heavy, wet chop and wet, heavy pow. I reached the limits of versatility w/ the 177's. I felt like I needed a heavier ski. Every fast turn made me feel like I was lacking some heft, underfoot. Again, that is more likely due to my choice of going short and I realize that I was asking ALOT from a 177 in these conditions. Once I backed off and kept steady even and centered pressure and elongated my turns, things calmed down a bit and they reacted instantly to my modified input. On the groomers they reacted as in my earlier posts.

My Volkl factory tunes have always been "Good", but I always took my older skis to the top shop up here in Stowe. I think it's great that they invested so much more into their factory tunes. When I'm comparing the M6 to my older sets of Mantras, I'm comparing them to sets of older Mantras that had top level tunes at one of the best tune shops Stowe had ever seen. I was SO UPSET when Edgewise went out of business. Graham Lonetto was a tuning God! That was the ONLY shop I let touch my skis for years! ... I guess I'm peculiar like that! LOL

I'm still searching for a consistent replacement tuner. Graham sold his gear to Mansfield Shop up on the hill and I managed to get in while he was training them on the machines. I haven't been there recently and wonder how they are managing. I'm following the thread on the Wintersteiger Jupiter and wondering when one will be available to try a set up here in northern VT. We'll see!
A

sorry but just had to, I buy a lot of skis each year, and all but one of my new 2022 needed basegrind to be setup right.


They do make good skis though

anders_nor said:
sorry but just had to, I buy a lot of skis each year, and all but one of my new 2022 needed basegrind to be setup right.
Click to expand...

I must have been lucky then as both my VWerks and buddy's Mantra 102 came perfect from the factory.
A

yes, really, gf's deacon 84s were so bad they look like race skis (thin edges) since they had to be hit so many times before they were straight ... my v-werks was the only good ones (and they are not perfect) my friends were also good on the 2022.

Walking into the house today after skiing Killington today and the wife says " You have that I just bought new skis look. What did you get?" I replied the new Volkl M6 in 184 with unmatching teal Griffon bindings. Impossible to sneak any ski purchase into my house. Guy in Shorts said:
I replied the new Volkl M6 in 184 with unmatching teal Griffon bindings.
Click to expand...

I won a Super Bowl pool and I think I’m going to spend my winnings on a pair of M6 Mantras. They should fit nicely in my quiver between my trusty old 2014 MX88 and last generation BMX105HP.

What bindings are people putting on these? I run a DIN of 9 and both the above skis have Attack2 13 which have been fine for me. I have a short 24.5 boot.

kauffee said:
I won a Super Bowl pool and I think I’m going to spend my winnings on a pair of M6 Mantras. They should fit nicely in my quiver between my trusty old 2014 MX88 and last generation BMX105HP.

What bindings are people putting on these? I run a DIN of 9 and both the above skis have Attack2 13 which have been fine for me. I have a short 24.5 boot.

I have pivots on 90% of my skis but went with the Griffons on my M6, for no other reason then I liked the way the combo felt when I demoed them. Vary happy with that setup

Phatboy64 said:
I have pivots on 90% of my skis but went with the Griffons on my M6, for no other reason then I liked the way the combo felt when I demoed them. Vary happy with that setup
Click to expand...

Thanks for the info. I’m torn between the Griffon and Pivot. I’ve never skied a Pivot binding and I’m eager to try it. But if the M6 skis “better” with the Griffon I’d go with that.
Thread Starter
TS

kauffee said:
Thanks for the info. I’m torn between the Griffon and Pivot. I’ve never skied a Pivot binding and I’m eager to try it. But if the M6 skis “better” with the Griffon I’d go with that.
Click to expand...

I have Griffon's, Pivots, and Attacks. Of the three, the Pivots have a certain feel that no other binding I've tried, seems to be able to duplicate. I think @Philpug could explain this in more detail. Maybe it's all in my head but I prefer Pivots. I went w/ the Attacks (95 brakes) to color coordinate. If I end up getting the M6 in a 184 I'll be on Pivots for sure. Most likely the H Harlaut model to match up! Went with the Pivot 12. Looking forward to skiing them this weekend.

ARL67 said:
Out of curiousity, have any of you Mantra folk skied the V-Werks Mantra, and how might it compare to the M6 ? I had the VW Katana when it got released ( quite liked it ) and took that on a couple trips, so am familiar with Volkl's VW construction and shape.
Click to expand...

" Today, the M6 is very similar to the M5. The 102 is arguably identical except 6 mm wider underfoot. The V.Werks is significantly lighter, despite being also 3 mm wider than the M6 underfoot. The compromise that was done to get a lighter version was on bending stiffness only. The V.Werks will offer the same level of grip as the other ones, due to the same torsional stiffness level.

Essentially, V-Werks for Touring and M6 if you'd like a tighter turn radius. Personally and for my style as a Poser for Life... my preference is w/ that tighter turn radius. If I were touring long distance I'd consider the V Werks but probably something lighter would be on my wishlist. My current B/C setup is the Line Sick Day 102 @186 ( a bit of a noodle for my current tastes but I'm too lazy to look for another as they do the job) and my B/C "Wide" set up for pow is Dynastar Cham 107 (@186 or 187

) a fantastic B/C ski that was a total surprise that I found at a local shop for $200 (SCORE!!!) ... I bought one set, one of shop guys ringing me up went over and grabbed the 2nd set for himself! Solly Warden Touring (HEAVY and reading that the rails underfoot tend to break when pushed - not super confidence inspiring in the backcountry) on the Chams, The lines are rockin Marker Tour F12's ( SQUEAKY and annoying noises underfoot! KY Jelly maybe!?!?

I can keep a Secret

I just had a similar feeling when I got on the Secret 96 - same ski different top sheet. It was love at first turn. I’ve always loved a Volkl ski but they hit it out of the park with this one! The Secrets make me a better skier. I particularly like the way the end of the turn feels, probably due to the tail shape and the 3D radius side cut. I was most impressed at how easily I could switch turn size and shape without even a slight change in speed. They excelled everywhere I took them- groomers, soft piles in trees, bumps. I liked them so much I bought them from @Tricia. I would describe them as confidence inspiring! I just threw this in there for light weight skiers who are wondering. I’m 5’2” and 130lbs on the 163.
Last edited: Feb 19, 2022
Thread Starter
TS

Can you show a graph of the Secret 96 vs the Black Pearl 97?

Here ya go. BTW the site is free: 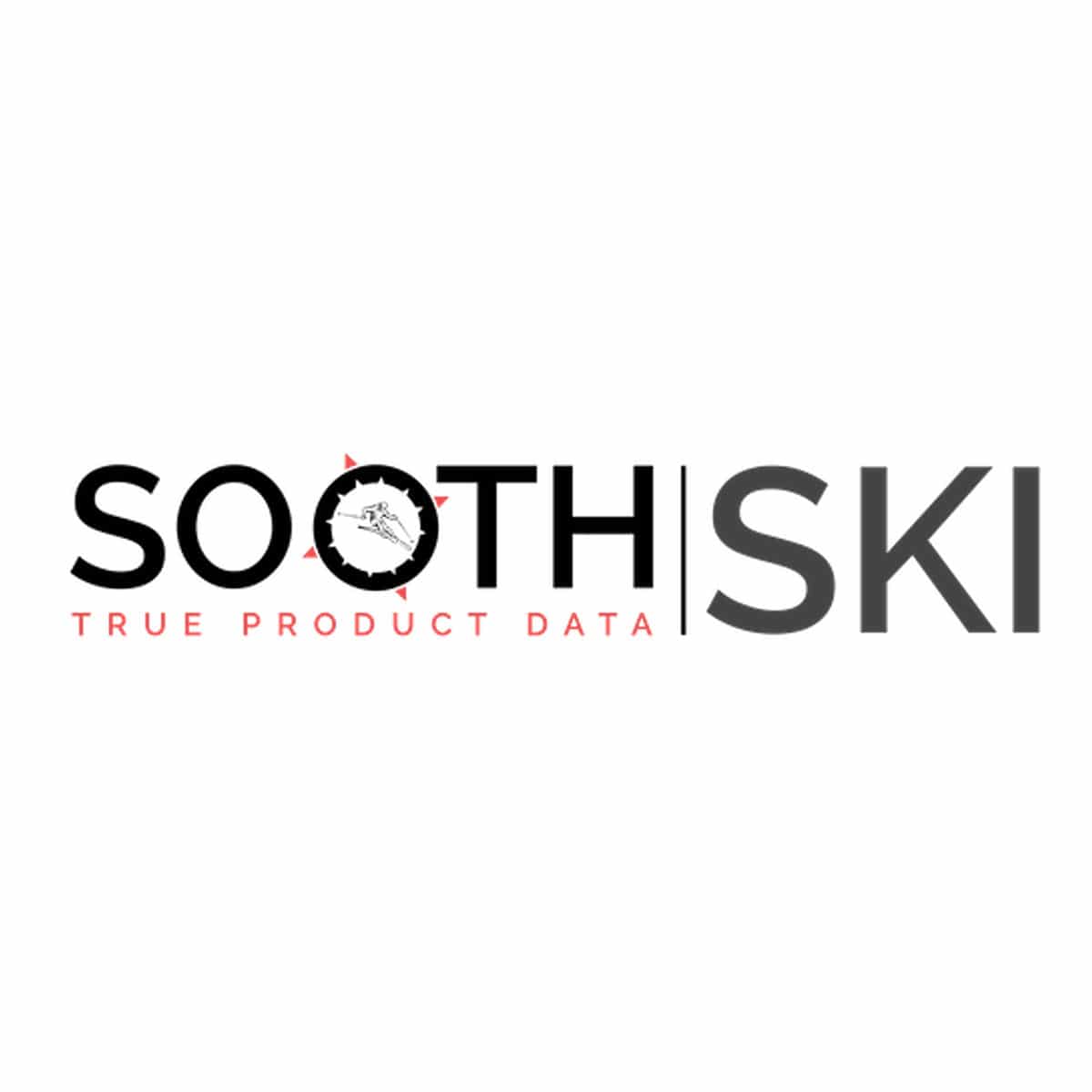