These guys crack me up...

“There was a moment when they served coconut water.” Coconut water was the very thing he’d been craving in Switzerland. At that moment, he thought to himself, “These guys just get me.” He adds: “I thought, you know what, I’d love to support this project.”

These are the people who own Powder Mountain, the place in Utah, like Pow Mow?
I have to say, this article makes me want to go ski there less.

This:
I ask Elliott Bisnow if he has any regrets. He replies: “Just so much of my life being part of the problem. For so many years, just going through the world in a kind of ignorant, not thoughtful, not present way. Not listening. Not learning. Not caring about my surroundings. Just caring about me. And my success. And being like the prototypical capitalist. It’s, like, so lame.”

He tells me he’s “still evolving”. He’s been meditating, reading, learning about ecology and sustainable farming.
----

I mean - are these people for real? Are you kidding me?

"He had just been on a disappointing trip to Verbier, a resort in the Swiss Alps where the food was “not that progressive”."

What's up poor little misunderstood noveau riche boy? The Verbier money (& where Branson also has a palatial chalet & Sorrell too I imagine) a bit too old school for you?

Most of the Guarniad comments are as you would expect but also seem to be fundamentally true - it might be wrapped up in a more technohippy wrapper but this is the same old elitism and separation from the "community" as any gated community or upscale country club.

bwah-hahahaha ... in the intro paragraph .... "they dreamed of an exclusive, socially conscious community"

nothing says being socially conscious more than excluding people. what a bunch of @sshats.
thanks for sharing.

I doubt if the Oracle from Omaha would approve

Robin and I love Powder Mountain and were seriously considering retiring there. The elite-rich-millenials who bought it are the reason we crossed it off our short list.

These guys were scouting it out the last time we visited pow mow, all we could think was ..
There goes the neighborhood
Thread Starter
TS
S

Yeah it was quite an interesting piece...I thought it would evoke some discussion here.

“None of the architecture should express taste..."

All of the architecture should be tasteless, and no one's welcome unless they're part of the groupthink.

It is cute how clueless a 30 year old child can be.

They are building some really nice mtb trails up there. So that is good on them.

In line for the tram

Some of the local populace was up in arms when they bought it, haven't heard much since then. Buncha rich people want to build houses around a ski resort ain't anything new, see Deer Valley.

Looking good in the neighborhood 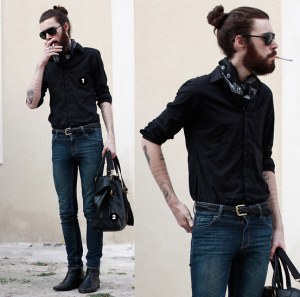 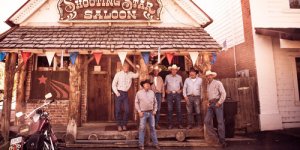 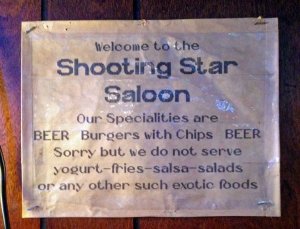 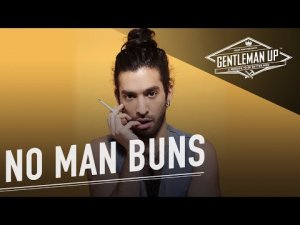 ^^^
Hey! I was just at that saloon last week. Pretty good burger. Nice dive-y place.
Ski resorts are not supposed to be shiny!

I haven’t been to powder Mountain this year but was there a bit the past three seasons. So far the new owners impact seems to be good. They have replaced one lift and added two new ones & new terrain. Reports are that the food has improved and it seems like they have some good entertainment frequently in the bar.
Time will tell the long term impact.
A picture is worth a 1000 words.
N

Wow, this article seems very mean-spirited, but also pretty much accurate. This sort of conversation is pretty typical among undergraduates... but there's something in the experience of going out and having to struggle and work for a living that tends to burnish away that idealism. And most of the people who never go through that process end up looking stunted to the rest of us. The Summit guys are also very California ("the food was 'not that progressive'"), and I, like much of the world, find their prattle grating. Although to be honest, I'm even more annoyed when I have to deal with similar sorts from Boston, New York, Texas, Chicago, Provo.... If I have to ski with the uber-rich, I prefer them to be insufferably idealistic at PowMow than insufferably egotistical like at some other resorts. Or clutching their pearls at the very idea of having to share their slopes with snowboarders.

"Burning Man" gets mentioned three times here, which I find somewhat perplexing. Summit, in my mind, is much closer to SXSW than Burning Man. But I guess this is playing to British preconceptions... what do the Brits think of Burning Man?


chilehed said:
“None of the architecture should express taste..."
Click to expand...

Yeah, that jumped out at me, too. As a case where the reporter carefully picked words that would look ridiculous outside the context of the very-California body language and inflection. I can hear it in my mind, and I get it... and a village with 500 somewhat subdued homes really does sound much better than the mansion sprawl seen elsewhere.

I think this is an interesting counterpoint to all the various Ikon/Alterra discussion. I've seen comments (probably exaggeration) off and on in recent years about how in Aspen, the billionaires have priced out the millionaires. And so a bunch of rich hedge fund types & investors brought Aspen Ski Co on board to advise and help "improve" Squalpine, Mammoth, Deer Valley, and Steamboat. I can't muster up too much sympathy for the poor millionaires who can't quite afford Aspen... but overall, this brand of elitism bugs me more than PowMow/Summit's brand of elitism.

New2PDX said:
"Burning Man" gets mentioned three times here, which I find somewhat perplexing. Summit, in my mind, is much closer to SXSW than Burning Man. But I guess this is playing to British preconceptions... what do the Brits think of Burning Man?
Click to expand...

Lots of Brits, Irish & Canucks go to Burning Man.
Tickets have been almost impossible to get for past 4 or 5 years due to the attendance cap.

Pow Mow, sadly, often misses the powder that other Utah areas get.

John Webb said:
Lots of Brits, Irish & Canucks go to Burning Man.
Tickets have been almost impossible to get for past 4 or 5 years due to the attendance cap.

Pow Mow, sadly, often misses the powder that other Utah areas get.
Click to expand...

But from what I've heard, when they do get some, it lasts a long time. I heard from some folks in Utah during the Gathering that they found a lot of un-tracked a couple of days after the most recent storms.
Ski resorts are not supposed to be shiny!

Having had exposure to that population I doubt that the article plays a real deep, accurate portrayal of the place, but rather plays on stereotypes to sell copy. It probably takes a number of quotes and conversations and cherry picks the most inflammatory ones.

I've had a great deal of exposure to TED as attendee and presenter. IME you can play stereotypes and be resentful, or you can open your mind and learn. Many of these people have been extremely successful in their fields and are self made (I've had the opportunity to work with some amazing minds as ownership of a tech start-up).

Those same traits (attention to fundamentals, taking chances and learning from one's mistakes, being less emotional and more analytical) typically builds an individual who is eminently coachable, and who can be molded into a very solid skier. It is a place where I would want to teach - to work with people who are very successful at what they did - to peel the layers back on their technique and rebuild - and to learn from them and their successes.
You must log in or register to reply here.
Share:
Facebook Twitter Reddit Pinterest Tumblr WhatsApp Email Share Link