Sign the petition to US Ski and Snowboard Hall of Fame John Egan, he been promoting Sugarbush since 1976!

Founder of the flow 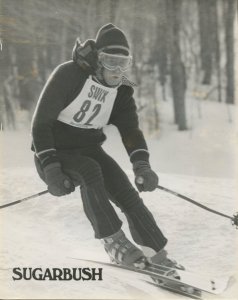 Collectively, we submit this letter to implore you to reconsider your decision to terminate John Egan. As we have all digested the news and reflected on Egan’s impact on our personal experiences at Sugarbush, all stories center on one important fact: John is the guardian of the culture of our beloved resort. Without Egan, the heart and culture of Sugarbush is at risk as the mountain will lose its anchor. To know Egan is to know he is much more than an international ski icon — he is a good man, he is a valued mentor, and he is a master instructor who raises the bar and inspires excellence from the broader team. And he is the moral compass that guides responsible use of the mountain and sets the expectation that all ski programs prioritize both safety and the environment.

Experts are often lousy teachers. But Egan is extraordinary. He shares the kind of big picture concepts that guide your development for years to come. He expertly connects with students to inspire them to challenge themselves and accomplish goals they felt were out of reach. While most resort instructors focus on the narrow technical aspects of teaching, Egan inspires the Sugarbush team to teach leadership through a team based atmosphere where each member plays an integral and valued role. This is the kind of approach that encompasses much more than skiing and touches trajectory of lives and especially informs the growth and development of kids. For those of us who are parents, we value Egan on the highest of levels for his commitment to character development and teaching responsibility to each other and the mountain. He is a wholistic teacher, and it is this approach that makes him a true champion of a rare culture that informs the moral compass of Sugarbush.
This year has been one of many challenges. Many of us have lost loved ones and faced unimaginable challenges. It’s a time when businesses need stability and people need outlets and a chance to connect, heal, and escape — certainly returning to the mountain this winter is a huge part of that. We deeply worry about what a change like this means in 2020, especially since this is a year of great transition for Sugarbush. We sign this letter to attest to our firm belief that Egan is the cornerstone Sugarbush culture and will be an integral part of the success of the future as well as in the transition in ownership. Without him, continuity will be lost at a critical time and the very culture that captured our hearts is most valued and at risk.

So we respectfully ask you to reconsider your decision, to listen to the many voices coming forward, and understand that Egan is an invaluable member of your team and the broader community. Sugarbush is a strong and passionate community — I am sure you have been inundated with letters supporting our great friend. I beg you to listen and reverse this one terrible tragedy of 2020. It’s in all of our best interests, and Alterra will be lucky to have this gem of a super star in their corner.

done!
Enjoy Every Turn
www.steamboat.com
www.grasssticks.com. use Code REP13 for 10% off

done.
Skiing does no less than open the door to the universe and invite you through to become one with it, to become balanced, powerful, energetic, alert, and present.

Done and shared.
If you want SkiTalk.com stickers, send me a PM.​

Done
Let's all try hard not to be offended. With 7 billion souls running around, it's easy to trample. Take the high road; smile; life's too short.

Done and shared.
Point your skis where you want to go.
If that doesn't work, go where they're pointed.
Bob Barnes
​

Skied Past The Most Interesting Man in the World.

I'm confused is the petition to Sugarbush or the Hall of Fame?

I've signed the petition. Does anyone know what really happened? The WHY behind all this? Can't find anything online

Lesterski said:
I've signed the petition. Does anyone know what really happened? The WHY behind all this? Can't find anything online
Click to expand...

I'm not sure about the details, but I understand that they have had some management changes. Sometimes managment changes means other changes that are not always what we'd like to see.
Point your skis where you want to go.
If that doesn't work, go where they're pointed.
Bob Barnes
​

Location
East of the Everglades

Ownership change. I have a friend who I can ask for the skinny, if it is publicly known anywhere. The Egans kept the interest in Sugarbush going during the '80s into the '90s for many folks on many levels, as well as us. Ambassador if you will through all the changes in ownership.
Signed
Last edited: Thursday at 1:33 AM

Signed.
Never skied Sugarbush, but the Egan name means something in the skiing world, and especially in New England. New ownership cutting their ski area off from its own heritage and cultural uniqueness seems pretty shortsighted.

Nicole has written a beautiful summary of an exciting ski career. I would like to hire her to write my resume.

I remember the name John Egan from the mid-sixties, when I was a patrolman at Mad River. He was part of the Sparky Potter collective that hung out at the "Blue Tooth". What interests me, as an elderly ski instructor - at the moment working at Winter Park - is ,,, what the hell did Johnny do to get himself fired? I have worked at about a dozen mountains and I've only managed to get fired at two. Whatever occurred to Johnny, I am sure that it will be hilarious - a story to tell at the bar (whenever they re-open).

There are certain ski areas where getting fired is actually a plus on a resume, I think it was a pre-requisite to work for Ernie Blake. Jack Murphy and Ken Quackenbush were highly tolerant individuals who appreciated individuality. I sought out the mercurial and iconoclastic Bob Barnes at Winter Park. I attempted to seek out Harald Harb, who had the aforementioned personality traits in spades, but he gave up on ski schools and found fame as an author and ski shop owner.

Nicole has expressed concern about the new ownership at Sugarbush. I haven't a clue about the management there, however, I will voice support for the umbrella company, Alterra, and for my bosses at Winter Park (an Alterra company). The Winter Park organization has been kind to me. I feel as if I have a ski-home there. Management not only respects the elderly, but values their presence on the mountain. That being said, I have every intention of bailing on them this winter. Johnny and I are both in the ground zero demographic for infection.